Remember when AT&T spent more than $200 billion to acquire Time Warner and DirecTV in the belief it would help the telecom dominate video advertising? Then remember when company leadership was so monumentally incompetent they had to run to the exits in terror? Good times. After AT&T’s gambit fell apart, the company returned to what […]

Remember when AT&T spent more than $200 billion to acquire Time Warner and DirecTV in the belief it would help the telecom dominate video advertising? Then remember when company leadership was so monumentally incompetent they had to run to the exits in terror? Good times.

After AT&T’s gambit fell apart, the company returned to what it’s best at (lobbying the government to crush broadband competition), and spun off Time Warner into an entirely new company, Warner Media. Warner Media then immediately turned around and announced a blockbuster merger with Discovery, creating the creatively named Warner Brothers Discovery.

And it’s all going just about as well as most major media mergers go. As in, not well at all. At least not for consumers, employees, and creators, anyway. I’m sure lawyers, bankers, executives and investors are all pleased as punch by this cavalcade of colorful misery.

Hoping to prove the amazing synergies of the deal, the freshly merged company has been consistently cancelling shows and pulling any show from its streaming catalog (like many episodes of Sesame Street) because it’s too cheap to pay residuals.

They’re also super excited to sock their customers with a wide array of price hikes, given the company’s CFO believes services like HBO Max and Discovery+ are “underpriced”:

Wiedenfels suggested the company had ample room to raise prices given the strength of content on the services, which will be merged into one next year.

And then of course there are the inevitable layoffs, which pre-merger executives usually insist aren’t going to happen, right before they do. Axios, in its usual “he said, she said” approach to journalism, notes that the company is preparing for yet another round of head-lopping thanks to inflation:

Hundreds of people are expected to be laid off on the business side of Warner Bros. Discovery, via a round of layoffs that will begin Tuesday, sources tell Axios.

Why it matters: Executives have warned for months that the merger between WarnerMedia and Discovery would yield roughly $3 billion in synergies. Rising interest rates and a weak macro-economic climate has put pressure on media companies to be more disciplined about costs.

Of course it’s not really inflation, it’s that US media megamergers are often completely fucking pointless, outside of short-term stock fluffing, tax write offs, and preposterous boosts to executive compensation. Axios forgets to mention that this is pretty much what always happens with a major US telecom or media megadeal, despite pre-merger claims that deal synergies will border on the Utopian.

Remember, this all began with AT&T’s $200 billion disaster (which came with plenty of its own layoffs, axed projects, and chaos), which the press has already forgotten about. Since then, the whole pointless series of mergers has simply gotten more pointless. Yet if you dig through US press coverage, you’d be hard pressed to find many outlets willing to call this giant, pointless turd of a deal what it is.

You have to head over to smaller, independent news outlets to find anybody being honest about what a shitshow this deal is. Ironically, busted journalism and the merger itself are both in large part thanks to our mindless obsession with consolidation and megadeals that make no coherent, practical sense. It’s all one problem, and Americans are violently dedicated to doing absolutely nothing about it.

Future Human 2022 shines a light on what’s next

Demand for GPUs used to mine crypto 'disappearing', says...

​The fall in the domestic unit was triggered by the strengthening of the greenback...

Why Julie Bowen Still Has to Be "Frugal" With Money After...

You won't find Julie Bowen on a private island. The Modern Family actress, who played...

Nick Cannon Welcomes Baby No. 10: A Guide to His Ever-Growing...

It's no secret that Nick Cannon is wild about kids. After all, the Wild n' Out star...

The Toronto Blue Jays need to finish at least one win ahead of both the Tampa Bay...

Kylie Jenner is going back to the basics. While stepping out during Paris Fashion...

What to Consider Before Buying Your First Real Estate Investment...

Congratulations! You are finally ready to buy your first property. Whether it is... 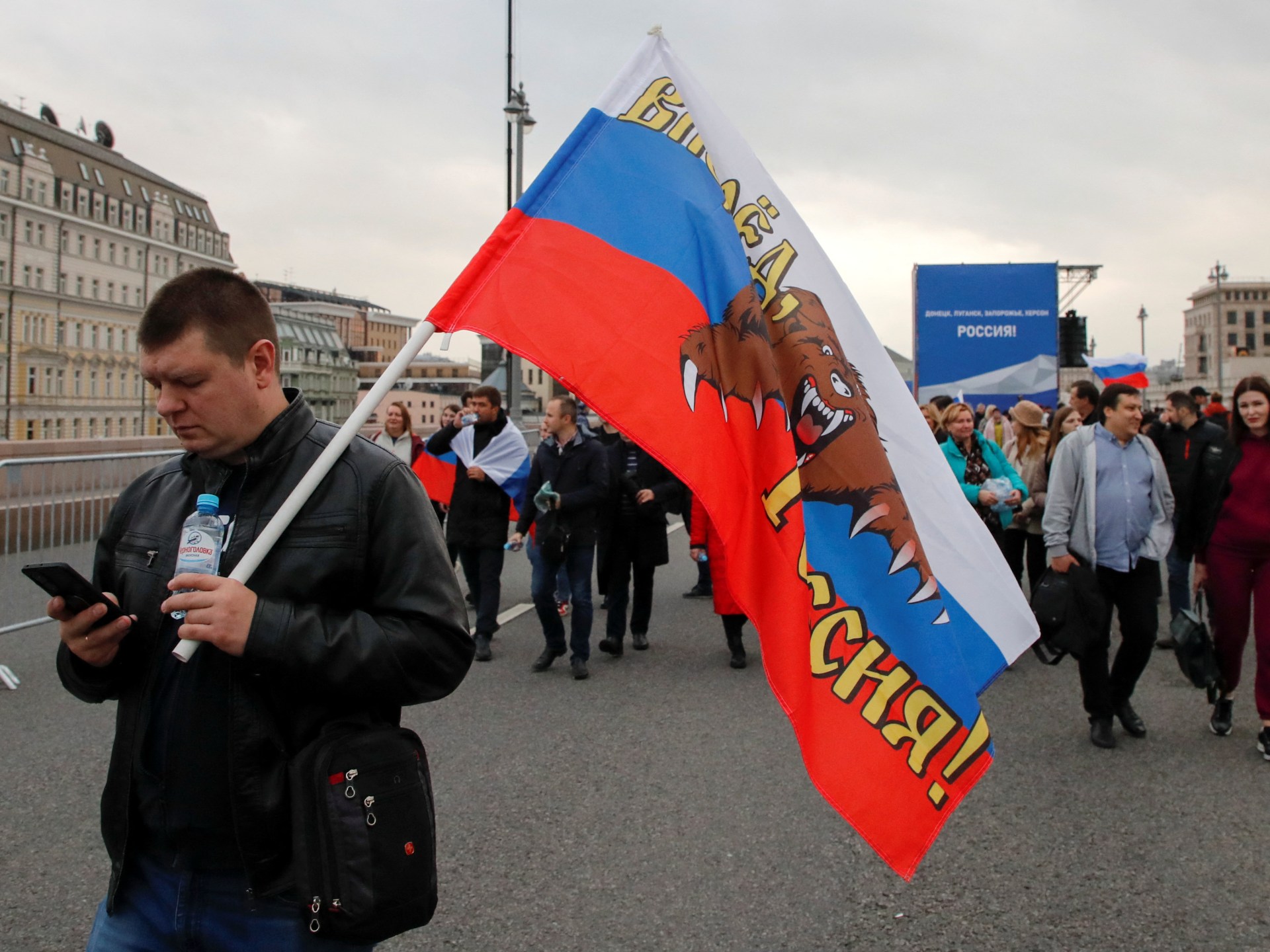 The move has been condemned by Ukraine and Western countries and represents major...